Our Torres del Paine Legacy Fund program supports CONAF’s restoration efforts by monitoring the reforested lenga nuclei. Local Chilean volunteers join us on field expeditions to collect data on the health and growth of the young seedlings. This data helps CONAF understand the tendencies of lenga and identify ways to improve reforestation efforts. In addition, the volunteers learn about the environmental challenges the park faces when it comes to reforestation and increasing tourism. The Torres del Paine Legacy Fund is always looking for new supporters to lend a hand or contribute financially. For more information about this program and our work in Chilean Patagonia, click here or visit the Legacy Fund’s website at suppporttdp.org. 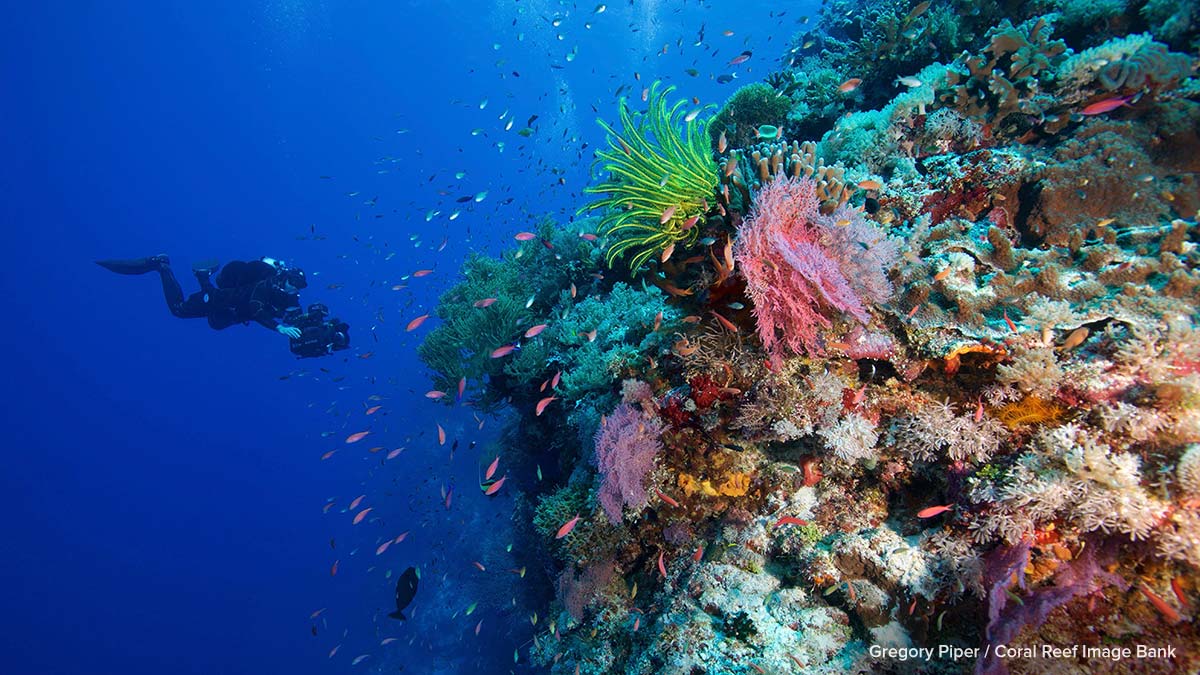 When dreaming of a tropical getaway, we often envision stunning coastal vistas and coral reefs teeming with wildlife. As visitors, these underwater ecosystems quench our wanderlust by providing a remarkable backdrop and playground for adventure.  But coral reefs provide so much more than tourist gratification – they are incredibly important assets for the communities who live near them as well. About 40% of people live within 60 miles (100km) of the coast. Of these people, more than 275 million live in close proximity to coral reefs (within 30 km of reefs and less than 10 km from the coast). These nearby inhabitants often depend on reefs for their survival and well-being. Sunscreen is Damaging Our Coral Reefs – How Can We Protect Them AND Our Skin?

When you’re snorkeling or swimming during your vacation, the sunscreen that’s safeguarding your skin might also be endangering the vibrant coral reef and marine life below you. Discover how you can protect the marine destinations you visit, without putting your own health at risk. Restoring the Base Torres Trail

The most popular of Torres del Paine’s trekking routes is the Base Torres trail. And for good reason. After traversing through plunging valleys and rocky slopes, adventurers are rewarded with a breathtaking view of the park’s centerpiece – the “Towers of Paine. These three iconic granite spires tower high above a turquoise lagoon at the crest of the trail.

During high season, the Base Torres trail can receive 1,000 hikers in a single day. This heavy foot traffic, causes significant wear and tear on the trail. As a result, the Base Torres trail is now severely eroded. Other factors, including the harsh climate, steep grades, and poor trail alignment only exacerbate these impacts.

These degraded trail conditions not only pose a safety concern for hikers, they also impact the park’s sensitive ecosystems. Improving the Base Torres trail is an urgent priority requiring a large-scale, public-private effort. To address this challenge, the Torres del Paine Legacy Fund is teaming up with the Chilean National Forest Corporation (CONAF) and AMA Torres del Paine to implement a collaborative conservation project titled “Tu Mejor Huella para el Paine.”

This project will restore the Base Torres trail system. Tread will be repaired and constructed following sustainable design principles. Creating a sustainable trail system will reduce erosion, lessen environmental impacts, and minimize the need for continual maintenance.

Improved trail conditions will lead to a safer, more enjoyable visitor experience. At the same time, the rejuvenated trail will connect people with nature in an engaging and responsible way. Trail stewardship is key to protecting the long-term health of our national parks, particularly one as popular as Torres del Paine. Leave behind your best footprint for Torres del Paine! Join us in preserving this iconic, yet fragile destination by donating your square meter today.